Within the current psychedelics renaissance, natural psychedelics have shown great promise in treating mental health conditions. Numerous research studies – including research by Johns Hopkins, UC Berkley and Imperial College, London – have shown promising results. There is a massive opportunity in the industry to derivatize and improve upon these compounds to create novel medications. These medications have the potential to treat a more diverse group of mental health indications in a more targeted and effective manner than any therapeutic method used today.. However, creating new treatments is expensive, difficult and time consuming. MagicMed is utilizing a unique strategy to create a diverse library of patented psychedelic derivatives called the Psybrary

, to facilitate the early stages of the drug development process.

MagicMed has the potential to be an incredibly revolutionary business for professionals, patients and investors alike. Canaccord Genuity Group, one of the most prominent investment banks in psychedelic medicine, recently estimated that the psychedelic market will be worth nearly $100 billion. With the recent decriminalization/legalization efforts surrounding psilocybin, the market is in a great position to expand and disrupt the current standard of care. This piece aims to explore the significance of patents to the novel drug development process and how a company with a robust patent strategy such as MagicMed will be positioned to come out on top. Understanding the Role of Pharmaceutical Patents

One of the most important steps of bringing a new drug to market is patenting your technology. To understand why drug patents are so important, one first needs to familiarize themselves with what a patent is. According to the United States Patent and Trademark Office (USPTO), “a patent for an invention, is the grant of a property right to the inventor.” In other words, a patent is a type of intellectual property right, and once it is in place, it gives the owner the right to prevent others from copying the invention for a period of 20 years from the filing date.

There is a common misconception when discussing psychedelic patents – all companies are trying to patent natural psychedelics. The composition of psychedelic compounds in their natural form are not patentable. The drug already exists in nature and thus belongs to the public – one company cannot claim it as intellectual property to exclusively profit from it. Companies such as MagicMed Industries are focused on creating new molecules based on natural psychedelics to create an improved drug. These new, altered molecules are patentable and provide the necessary framework to create new and focused treatments for different neurological and psychological health conditions from their natural predecessors. MagicMed does not seek to patent what nature gave us. It only hopes to improve upon nature in order to improve the lives of patients in need.

The pharmaceutical industry has created numerous life changing drugs. Yes, in some cases these drugs have generated strong revenues due to a patent created monopoly, but the patent is what allows the treatment to be developed and reach the patients that need it. According to a 2020 Chemical & Engineering News article, 59 drugs were approved to helped patients in the U.S. in 2018, followed by 48 drugs in 2019. Without patents, competitors could easily duplicate the manufacturing of a drug and there would be no incentive for anyone to create these new treatments. To put it into lay man’s terms, people with diseases like cancer, epilepsy and arthritis would not have life changing treatments without patents. It would be impossible to complete the long regulatory process and attract the investment of hundreds of millions of dollars needed to move a drug through the development pipeline if someone can copy your product without doing any of the work. Patents prevent this problem and ensure innovative therapies reach patients. Developing drugs is an incredibly capital intensive and lengthy process. Significant capital must be invested in not only the research and development phase, but during subsequent pre-clinical and clinical trials. The drug development pipeline can take up to 10-15 years to complete, and even then, only a handful of potential treatments are approved. Creating a patent protects this initial 13-15 year capital intensive investment and empowers innovation and the development of treatments for people in need.

A 2020 JAMA study estimated that the median cost of getting a new drug to market is $985 million, with the average cost being $1.3 billion, also acknowledging that previous studies have estimated that latter figure to be close to $2.8 billion.

According to the United States Patent and Trademark Office (USPTO), patents last 20 years. But a whopping 13-15 years of that protection is spent developing the drug itself. A pharmaceutical or biotechnology company only has roughly 5-7 years to recoup their initial investment and make their years of effort worthwhile to address a desperate medical need – all before that patent lifespan runs out and the associated intellectual property belongs to the public.

Regardless of the variance in cost to develop a drug, patents allow pharmaceutical companies to “recoup” their investments and make profit. Therefore, patenting is a critical step to move a new drug candidate through the development pipeline. Without it, we would see a lack of innovative risk taking in drug development, which would be to the detriment of patients who are currently underserved by the treatments available to them.

Of course, developing, patenting, and marketing novel drugs is not just about time and money. The remainder of this piece will shed some light on why it takes a long time to meet the necessary regulatory standards that drugs must meet to be approved. Psychedelics may be experientially safe, backed by decades of positive testimonials around the world, but that doesn’t necessarily mean they would meet regulatory standards of safety. New drug candidates need to meet regulatory standards and be made under certain provisions to protect consumer safety. This entails manufacturing drugs to meet good manufacturing practice (GMP) standards and passing clinical trials to receive regulatory approval. For Western medicine markets, these standards are established by governmental organizations such as Health Canada and the FDA.

Since the start of the psychedelics industry boom, there has been a lot of talk regarding legendary psychedelic chemist and pharmacologist Alexander Shulgin. Shulgin set up a chemical synthesis laboratory in a small building behind his house, which gave him a great deal of career autonomy. Shulgin used this freedom to synthesize and test the effects of potentially psychoactive drugs, including the recently celebrated PTSD treatment adjunct MDMA. Though clandestine, Shulgin is a celebrated and respected chemist who thoroughly documented his synthesis process like all professionals should. However, these molecules and practices would never meet pharmaceutical safety standards for several reasons.

Since Shulgin was not attempting to have the molecules approved by regulatory bodies, he did not need to meet expensive and time-consuming standards. Ultimately, Shulgin made a number of molecules that he tested on himself – a practice that would never be approved by the FDA or Health Canada. As a result of his questionable practices and the legal status of psychedelics at the time, his research regarding the molecules he made will never become new medicines. This is because he published the research and removed the incentive that patents provide innovators.

All of this is to say that, yes – novel molecules can be made in a shed quickly and cheaply, but without a patent and capital invested to meet regulatory standards, these derivative drugs would never make it to patients. The infrastructure put in place by regulatory approval agencies are labor intensive, but they are in place to protect the public. Moving forward, a company’s ability to cooperate with the regulatory agencies and move smartly, and efficiently, within these processes will be very important to patients in need. The Significance of Patents in Psychedelic Medicine Cannot Be Understated

Patents incentivize companies and investors to keep this new, promising industry alive. Without IP, there would be no ability to spend years funding R&D on new products, especially considering the large number of drug candidates that fail during the drug development process. Patents drive clinical innovation and bring new therapies to suffering patients. The significance of patents in the psychedelics industry cannot be understated. Furthermore, MagicMed’s Psybrary

is set to pave the way for the industry to create solutions to a host of neurological and mental health problems, while providing protection for innovators who are willing to take the risk to tackle the issues at hand.

To expedite drug candidates to the market, biotechnology and pharmaceutical companies can utilize MagicMed’s proprietary psychedelic derivative library, the Psybrary

is set to be an industry resource from which the pharmaceutical and biotechnology industries can draw upon to create next generation treatments for brain and mental health diseases. 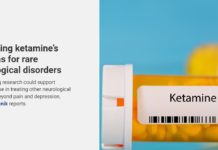